“…when mining for adjectives to describe Bruce Linser, one that seems to come up often is busy. A popular performer, he recently had two stage productions running simultaneously, one of them no less than Shakespeare's Twelfth Night! Lanky and blonde, Bruce's all-American good looks are surprisingly versatile and adaptable to a wide variety of roles and age ranges. He's played everyone from Che in the musical, Evita, to Philip in The Lion in Winter, to the caddish Steven Kodaly in She Loves Me, and that's only a mere fraction of his considerable body of work."
-- Bruce Wells – Examiner.com – July 2009 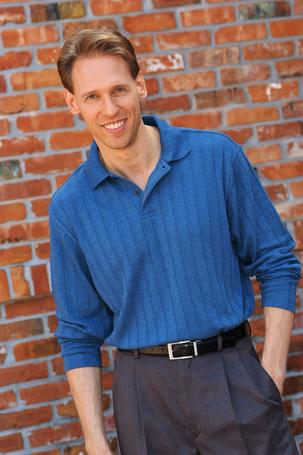 The House of Blue Leaves at Palm Beach Dramaworks:

The Drowsy Chaperone at The Wick Theatre

Bruce Linser is a proud member of Actors Equity Association (AEA) and the Screen Actors Guild (SAG). He has appeared Off-Broadway, in the national tour of Big River, and internationally aboard SilverSea and Crystal Cruises. Regionally, Bruce has performed in: